Until a few years ago there was a centuries-old antagonistic dualism between Western and Eastern medicine. Both seemed to be incompatible, the gap insurmountable, because understanding of the disease and treatment methods were diametrically opposed. Western medicine, which is essentially allopathic, focused on combating symptoms of illness. Critics accused her of hubris, but also disguise. Not without reason, because the conventional medical doctor has privileged knowledge due to his indoctrinated training, which consciously turns the patient into an ignorant addict.
Eastern medicine, on the other hand, has always been considered comprehensive, cause-focused, inclusive and cooperative, and thus in the service of the patient. The language of the Eastern doctor (healer) avoids delimitation and promotes understanding of the causes of the disease.
This antagonism crumbles and develops into synergism, at least in some medical fields. There is more and more knowledge that one does not have to play against the other. A relatively new branch of medicine is also responsible for this development: energy and information medicine. It builds bridges because it helps to understand the underlying mechanisms between Eastern and Western medicine. Common to both is the realization that man is a single energetic marvel.

An example should clarify this. The heart has 75 trillion cells and thus represents the electromagnetic center of the body. Its electromagnetic field is five thousand times stronger than that of the brain; its electric field is sixty times larger. Around 65 percent of its cells are neuronal and therefore identical to the morphology of brain cells. The heart processes, and that’s really amazing, emotion and sensory perception; it has a memory, can smell and interpret environmental events. It has glands and produces hormones that affect the brain and body. Even a die-hard conventional medical hardliner would find it very difficult to deny the importance of this knowledge for salutogenetic questions.

energy fields
There are two basic types of fields in energy medicine. The real ones include all that can be measured objectively (i.e. those from the electromagnetic spectrum). The putative (assumed) fields include subtle fields. They are of central importance in Eastern medicine as vital life energy such as Chi or Prana. Veritable and putative fields are different from each other, but are conditional. This means that the latter cannot be perceived directly, but only measured in terms of their effects, but they occupy a space and are therefore part of the physical environment. Putative energy fields run inside the body via meridians, chakras or nadris, which convert the fast forms of energy (chi, prana) into slower ones (electricity, magnetism, sound). These energy channels also receive information about fields in the outside world and thus act like antennas.

Meridian therapies have been around for at least 4700 years. Consequently, since the classic works, e.g. developed and condensed an incomparable, profound knowledge of the yellow emperor. In the West, of course, this could not go unnoticed in the long run. We cannot represent meridians even with the possibilities of today’s measurement method, but we have understood that meridian therapies are a powerful addition and enrichment of the Western therapy offer. In this regard, we are a big step further and, thank God, we have been guided more by therapeutic success than scientifically proven.

A basic therapeutic principle: complementarity
In TCM there are – now general knowledge – two opposing but interdependent and complementary forces. Combined, they produce a uniform, higher energy that flows through everything and causes everything. Yang, the male force, is the stimulating form of energy, dynamic, stimulating and logical. It is hot or can generate heat. Yin, the female form of energy, is inhibitory, static, calming and intuitive. It is considered cold or cold. If both forces are out of balance, health problems arise. In order to restore this, the non-dominant force must be stimulated to balance. So yin leads to yang and vice versa.

A similar, albeit less implicit, view can be found in western conventional medicine. It also distinguishes two opposing, but complementary, vegetative basic states: sympatheticotonia and vagotonia. The sympathetic nerve is the activating part of the autonomic nervous system, the parasympathetic part is the regenerative one.

Illness arises when the balance between activation and relaxation gets out of joint.

We see: Certain basic concepts of Western and Eastern medicine are fundamentally similar and speak the word an ordering principle that is constitutive for health.

The integration of traditional medicine and hi-tech research
Life means energy flow and disturbed energy flow means illness. This is not only the basic axiom of Eastern medicine, but also that of energy and information medicine, even conventional medicine. 100,000 biophysical functions per second take place in the cell. This is not possible at all on the basis of purely biochemical processes. Since Fritz Albert Popp’s discoveries, we have known that communication within and between cells also takes place via biophotons. Information medicine also shows us that cells are programmable in terms of energy. You store information e.g. in the cytoplasm and release it to neighboring cells. Depending on the energetic food (in the tradition of TCM: Yin or Yang), a cell becomes healthy or sick. Today there are a number of information technology devices that are used to “program” body cells. The trick, however, is to recognize the cell’s energy requirements and replenish them in such a way that the optimum is achieved.

The technology of the Vita Chip does just that. The small storage medium consisting of microscopic minerals and metal oxides (e.g. magnetite, calcite) contains the optimized reference information of 1300 healthy meridians. As soon as the Vita Chip is close to an organism, it resonates with it (i.e. it interacts with the cells). Electromagnetic frequencies, e.g. that of a cell phone, reinforce this effect even more. If several Vita chips are used, you can make your own living space (e.g. apartment) an optimized energy field.

The forward-looking technology of the Vita Chip has now aroused the interest of the China Academy of TCM Science and Technology Cooperation Center (CATCM) in Beijing. The head of the center, Dr. Wang and the CEO of SwissMedTech Solutions (SMTS), which produces the Vita Chip, Peter Andres, have recently entered into a forward-looking research cooperation. In the presence of the Swiss President Ms. Doris Leuthard and the Chinese Consul, a research cooperation agreement was signed with the overarching goal of combining millennial Chinese healing knowledge and modern bioresonance technology.

The experience of hundreds of users shows that the Vita chip increases the energy level. People who e.g. under typical stress symptoms such as Suffering from sleep disorders will be able to perform again in no time. Vegetative disorders or even pain are also significantly alleviated, as scientific studies that have now been published confirm. Bridging the gap between east and west, between antiquity and the future, will open up new, unimagined paths from which thousands, if not millions, can benefit.

Want to join the discussion?
Feel free to contribute! 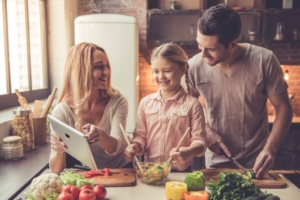 Leave us an Email

The technology presented here (such as homeopathy, bioresonance, areas of acupuncture) does not correspond to the scholarly view and doctrine. The effects and effects of the products have not yet been confirmed scientifically and conventional medicine. The testimonials, both in text and image form, as well as those shown in videos, only reflect the experiences of individual users of the vita chip. You may or may not have the same experience. Please note that the vita chip is not a medical device, is not a conventional therapeutic method and cannot replace a visit to your doctor and / or alternative practitioner!

Pain-free! Without any medication and side effects

The technology presented here (such as homeopathy, bioresonance, areas of acupuncture) does not correspond to the scholarly view and doctrine. The effects and effects of the products have not yet been confirmed scientifically and conventional medicine. The testimonials, both in text and image form, as well as those shown in videos, only reflect the experiences of individual users of the vita chip. You may or may not have the same experience. Please note that the vita chip is not a medical device, is not a conventional therapeutic method and cannot replace a visit to your doctor and / or alternative practitioner!

We use cookies, which help us how you interact with our website and our online offer, in order to constantly improve your user experience and your experience on this website. Click on the different tabs to learn more about the cookies we use and to make settings about them. Please note that the blocking of some of these services severely affects this website in its function and presentation.

These cookies are essential for the function and correct presentation of our site. You can block them with your browser settings. Please note that this page may subsequently be displayed incorrectly and its function impaired.

These cookies collect information that will help us understand how our website is used and help us to improve our website and user offer for you.

If you do not want us to collect this data, you can deactivate it here.

The technology presented here (such as homeopathy, bioresonance, areas of acupuncture) does not correspond to the scholarly view and doctrine. The effects and effects of the products have not yet been confirmed scientifically and conventional medicine. The testimonials, both in text and image form, as well as those shown in videos, only reflect the experiences of individual users of the vita chip. You may or may not have the same experience.
Please note that the vita chip is not a medical device, is not a conventional therapeutic method and cannot replace a visit to your doctor and / or alternative practitioner!